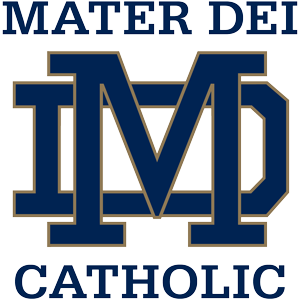 Our MDJDA Flag Football program serves to teach students the fundamentals of football in the areas of footwork, throwing, catching, blocking, teamwork, and the rules of the sport. Our JV and Varsity teams begin their seasons in September and will finish in November. JV sports are held for grades 5-6 while Varsity contains grades 7-8. Football requires a minimum of 15 participants for there to be a team. Students will require cleats, a mouthpiece, and athletic attire. Gloves and other accessories are optional. Please read the Football Rules for additional information.

MDJDA’s Athletics Program provides our students the opportunity to participate in a variety of after-school sports programs to develop their motor skills, sport-specific fundamentals, and a better understanding of sportsmanship and cooperation through a team environment.

Each school is responsible for supplying its own football. The ball may be either an intermediate or official high school football.

Each team may use any legal ball of its own choice to free kick or to start a new series of downs. The referee shall decide whether the ball meets proper specifications. On the playing field, the referee’s decision is final.

Shirts or upper parts of the uniform shall not hang in such a way that covers the flag belt. The referee will require that all shirts be tucked into the pants to avoid this situation. Should a player continue to intentionally ignore this rule an unsportsmanlike penalty must be assessed (15 yards).

All watches and other jewelry must be removed while the player is on the field.

Removable cleats are not legal footwear. Shoes may be smooth or have molded cleats. Shoes must be worn at all times.

All players must wear a protective mouthpiece while on the playing field.

A player shall not wear any pad which covers the forearm, thighs or hips. Any substance such as leather, rubber, plastic, or fiberglass which is hard in its final form and worn on the elbow, hand, wrist, or forearm, even though covered with a soft material, is illegal.

The league will supply game flags. These flags will be the “Triple-Threat Type”.

The referee will determine if any equipment is confusing or dangerous and will have the responsibility and authority to have the player either remove the equipment in question or leave the game.

Failure to comply with these policies may result in an unsportsmanlike penalty and/or, removal from the game (at the discretion of the referee).

The official time will be kept on the field by one of the game officials. Varsity games will be divided into four quarters of 10 minutes each. The clock will be RUNNING, and shall be stopped only in the following instances:

Junior Varsity games will be divided into four quarters of 8 minutes each. All other procedures covering the clock for junior varsity will be the same as described above for the varsity team.

Halftime will be 10 minutes.

Teams do not switch at the completion of the first or third quarters. Announce the end of the quarter and continue to run the clock. Teams must switch at the half.

A team is entitled to 3 time outs per GAME. A time out will last one (1) minute.

Please note that the time listed on the schedule is game time. A team must be present and ready to commence play at the assigned time or the referee may declare a forfeit.

There is no muff nor muff recovery. Remember, the ball is DEAD whenever a kick is touched and not controlled.

A team may also elect to score one (1) extra point by kicking the ball through the goals posts (if goal posts are present). In this case the offensive team will notify the referee that they wish a free kick. The ball will be placed on the 3 yard line. The rules that apply for a scrimmage kick will apply. The defense may not penetrate the line of scrimmage. The offensive team may not delay the game.

A team may attempt a field goal under the following conditions and rules:
– The offensive team must notify the referee prior to the snap of the ball.

– All rules governing the “scrimmage kick” apply in this situation (no rushing).

– If the kick fails, the ball will be spotted either on the 20 yard line or the point of the kick, whichever is the greatest distance.

A player may never leave his feet to throw a block (no crossbody blocking or chop blocks). All other rules for legal blocking are contained in the National Federation Rule Book.

Pulling the flag of a player who does not have the ball will be considered unsportsmanlike conduct. (15 yards)

In order to advance the ball a player must be wearing flags. The play will terminate when an inbound ball carrier’s flag(s) have been pulled. If a ball carrier’s flags(s) inadvertently fall, the play will be considered stopped at the point where the flag(s) fell. A player who attempts to advance the ball without flags will be ruled downed at the point where he originally received the ball.

Normally, chains are provided by the league and must be used. If chains are not available, use 20 yard zones.

Only the 2 outermost players on the line of scrimmage are eligible to receive a forward pass. (10 yards)

Each coach is responsible for the conduct of his players as well as the conduct of his team’s spectators. A team may be assessed an unsportsmanlike conduct penalty for behavior or actions that distract from the spirit of good sportsmanship.

When enforcing an infraction or foul, the referee will inform the coach of the nature of the foul and the number of the player committing the violation (if numbers appear on the jersey).

Prior to the kick off of the game, the referee will gather the captains at mid-field for the coin toss. The team that wins the toss will choose an option in accordance with CIF rules.